We downloaded Windows 8 and loaded it up in a Virtualbox (generates a HAL error in VMWare). Good impressions from VirtualBox - first time I've used it...

As to Windows 8 - it seems pretty polished for a developer pre-release.

The main things for a traditional environment considering future use: 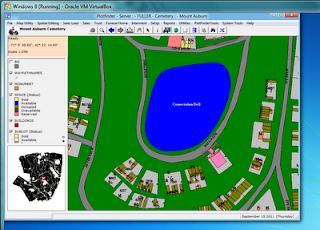 Strange effect, log out with a Silverlight video running. Can't log back in, the keyboard seems to be remapped. ("b" = "Enter") Onscreen keyboard acts the same...
Not sure how to duplicate that one!